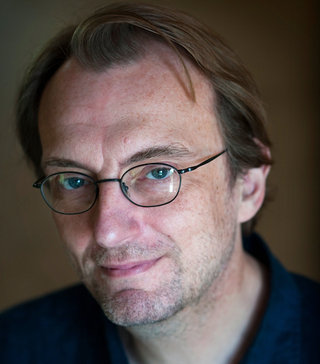 What I don’t know about [insert topic here] can fill a book. So far I’ve used that philosophy to fill six.

My job description, as I see it: Discover a topic I know next to nothing about yet I wish I knew next to everything about; immerse myself in that subject; transform my newfound knowledge into narratives that—if I’m doing my job right—can help readers reimagine their worlds.

Books: The Trouble with Gravity: Solving the Mystery Beneath Our Feet (Houghton Mifflin Harcourt, July 2019) is a metaphysical romp about the "force" that resists definition. The 4% Universe follows the scientists who discovered that 96% of the universe exists in forms we don’t (yet) understand—dark matter and dark energy. The Invisible Century pairs Einstein and Freud in their investigations of new frontiers in science and philosophy—relativity and the unconscious. Seeing and Believing traces the history of the telescope, the invention that has allowed us to find our place in the universe. Waterloo Diamonds chronicles the attempt of a dying industrial town in Iowa to retain its minor league baseball franchise. And The Autistic Brain, a collaboration with Temple Grandin, uses the quirks of the mind to explore the workings of the brain.

Other: Screenplay for ROBOTS-3D, a giant-format, 3D documentary that opened in museums nationwide in 2014. Short fiction in The Chicago Tribune, Ploughshares, and The Southampton Review. Essays and articles in (partial list) The New York Times, The Washington Post, Discover, Esquire, Natural History, Outside, Smithsonian, Time, and online as a regular contributor to The Last Word on Nothing as well as at The Nature of Reality (WGBH/Nova), Salon, Slate, and Wired.

Honors: Guggenheim Fellowship, Antarctic Artists and Writers grant from the National Science Foundation, Literary Nonfiction fellowship from the New York Foundation for the Arts, Science Communication Award from the American Institute of Physics, PEN Syndicated Fiction Award (including an invitational reading at the Library of Congress). The Autistic Brain, a collaboration with Temple Grandin, received the Goodreads Choice Award for Best Nonfiction Book of 2013. My own books have been translated into sixteen languages.

Mission: My educational background is in both journalism (Medill School of Journalism) and fiction (Iowa Writers’ Workshop). By combining the virtues of those two kinds of writing—the exploratory sensibility of journalism and the storytelling techniques of fiction—I hope to illuminate and humanize esoteric topics for readers who, like myself before I begin a book, might know little or nothing about the subject.