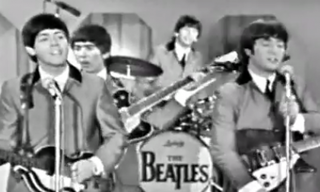 The Last Word on Nothing

The Last Word on Nothing
Occasional musings, both serious and silly, on modern science...or whatever.

I Saw Them Standing There
I was watching the Beatles on “Ed Sullivan” the other night when I got to thinking about Galileo.

Ask Mr. Cosmology
Q. Why does the full moon look larger near the horizon than when it's high in the sky?
Mr. Cosmology: Because it is.

The Higgs is a boson
not something with clothes on
unless you should meet
the Higgs namesake Pete.

The
Fifty years ago today, President Kennedy, speaking before a joint session of Congress, said, “I believe this nation should commit itself to achieving the goal, before this decade is out, of landing a man on the moon and returning him safely to the Earth.” Love that “the.”

One Justin Bieber
How much time would you need to count to a million at the “One Mississippi” rate of one number per second? “Mississippi,” of course, is an arbitrary choice of noun. What this exercise needs is a four-syllable noun that captures the fearsome potential of nature. Something that inspires curiosity and dread in equal parts. Something like…I don’t know…”Justin Bieber.”

Secret Satans: Technology
My father wasn’t a physicist, but he could work wonders with gravity. He’d be showing me how to change a flat, or fix the boiler in the basement, or tune a carburetor, and I could feel the time-space suck gathering itself beneath my feet, buckling my knees and shrinking my shoulders, tugging me toward the center of the Earth.